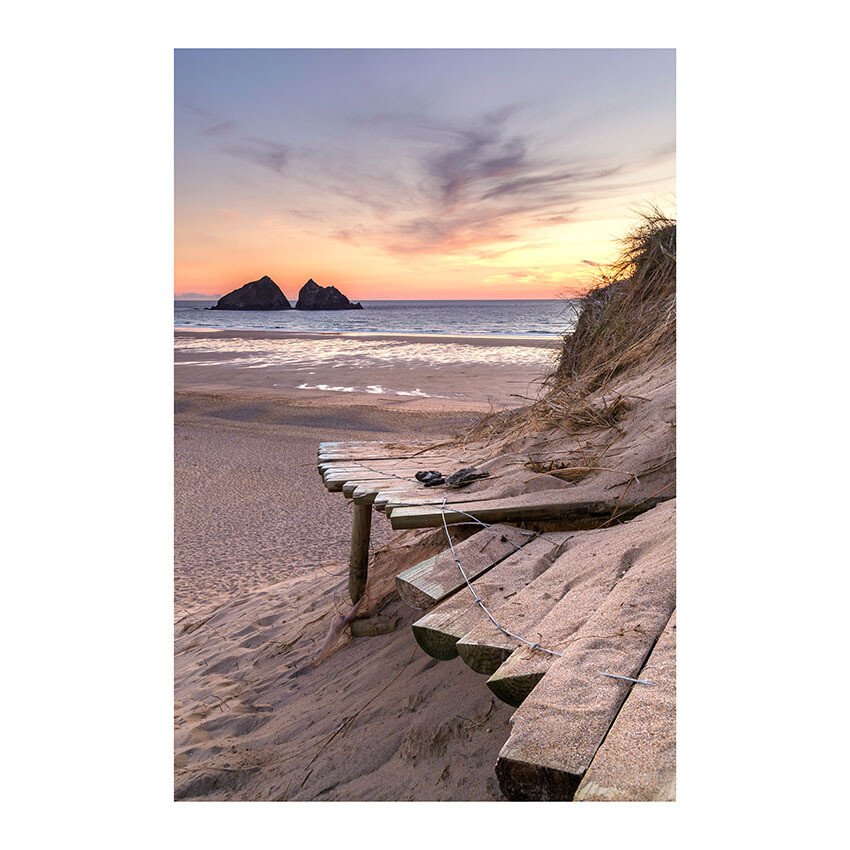 This is what I believe could be an old footpath in Holywell Bay's sand dunes - which have shifted over time to leave the structure hanging off the side of a dune.

The dune was much steeper than it looks here - so I didn't attempt to physically tidy the scene (charcoal on the ledge and netting underneath it) as I could well have taken a tumble with my camera gear. So, with just a little tidying of the net in Photoshop, the scene is pretty much as it was.

In order to get everything sharp from front to back, I tried focus stacking for the first time. Three shots with the focus on different focal planes into the image were blended in Photoshop.

If you'd like a print not listed here, please feel free to contact me.
Save this product for later
Display prices in: GBP